The City’s 2007 Old Town/Civic Center Subarea Plan identifies the construction of a new bike/pedestrian trail link along the west side of the West Branch DuPage River, between the Illinois Prairie Path and Warrenville Grove Forest Preserve parking lot a first tier priority project. Furthermore, this trail connection is also identified as a priority in the City’s 2009 & 2010 Bikeway Implementation Plan (see page 13 of 24).   View an exhibit of the historical City policy foundation for proposed path.

In January 2016, the City and Forest Preserve District of DuPage County (FPDDC) executed an Intergovernmental Agreement (IGA) for the design, funding, implementation, and maintenance of this and two other potential trail improvement projects. Under the provisions of the IGA, the City Council has until January 5, 2021 to vote on whether to allocate the funding necessary to implement this project.  Before this vote, a public information and input meeting needs to be held to solicit public feedback and inform future City Council decisions regarding the project.  The public feedback for this project will be discussed at the December 14 Public Works and Infrastructure Committee of the Whole meeting.

The proposed project would include approximately 2300 lineal feet of 10' wide asphalt path, tree removal and clearing, grading, landscaping, and path signage. The total estimated engineering and construction cost for this project is approximately $550,000. If the City Council votes to fund and proceed with the project, the FPDDC is obligated to reimburse the City for $250,000 of the project’s design and construction cost.   This project was one of the projects the City identified it could potentially fund with a portion of the park donations being collected from various residential developments currently under construction in the City.  The City would also look into potential outside grant funding (state or federal).

Powerpoint from meeting and link to recorded Zoom meeting can be found below:

Comments/input may be provided via email to the staff contact below.  You can also fill out the public survey below. A public notice was published in the Daily Herald on Thursday, November 5.  Paper copies of the exhibits and presentation may be viewed at the Community Development Department.

Click on this link to access public survey: PUBLIC SURVEY.  Survey will be open until Friday, November 27.  Survey results will be presented to City Council. 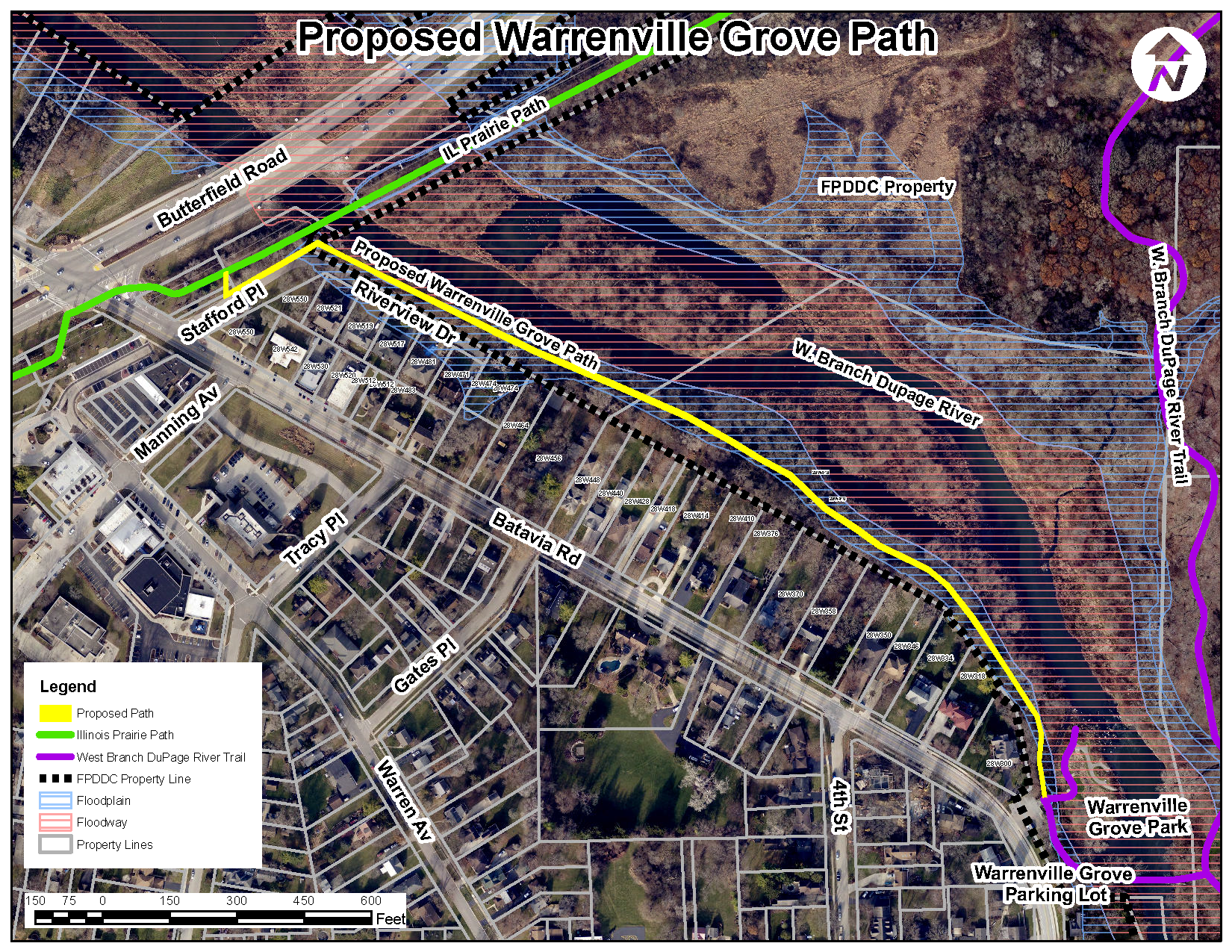